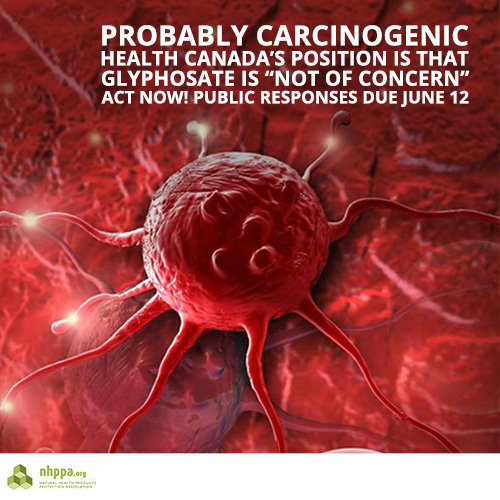 DRAW HEALTH CANADA’S ATTENTION TO THE RIGHT SCIENCE-BASED EVIDENCE. THEY NEED TO HEAR FROM YOU!

The world is talking about the March 20, 2015 evaluation released by the International Agency for Research on Cancer (IARC), a World Health Organization (WHO) arm, reporting glyphosate is “probably carcinogenic to humans.” Glyphosate, the key ingredient in Monsanto’s RoundUp, is the most widely used herbicide globally. It has been associated with increased instances of infertility, autism, allergies and many more chronic diseases and conditions, including cancer.

For those who have known these health links for decades, this is a bittersweet announcement.

We have an opportunity to make things right, here in Canada, by engaging in this nationwide action.