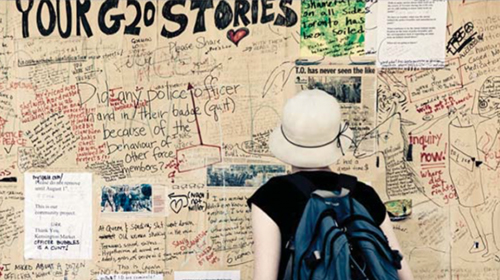 Nearly six years after the rights violations of the Toronto G20 Summit, the Ontario Court of Appeal has delivered a critical decision allowing individuals who were detained and arrested to pursue a class action. CCLA, which intervened in the case, believes this decision marks a milestone for access to justice and police accountability. *from April 6, 2016 Canadian Civil Liberties Association

Read more, including the CCLA’s factum in this case