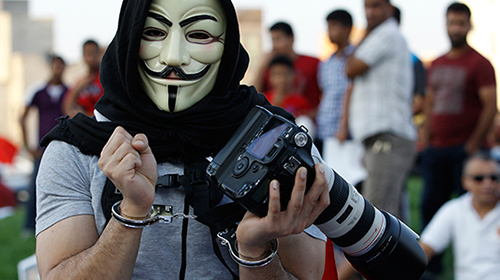 A LOOK AT YOUR RIGHT TO PHOTOGRAPH IN CANADA

Scott Olson, a photographer for Getty Images, was arrested while covering protests in Ferguson, Missouri, in mid-August. Police shoved him into the back of a police van; he was later released. Olson’s crime, apparently, was that he was taking photos across the street from a designated “media area” police had told reporters and photographers to stay within.

Olson’s arrest was by no means the only harassment of journalists during the Ferguson protests. According to a Vox Media report , a police officer threatened to shoot one reporter live-streaming video. Another Vox report said police roughed up and arrested reporters from the Washington Post and Huffington Post and tear-gassed an Al Jazeera America camera crew.