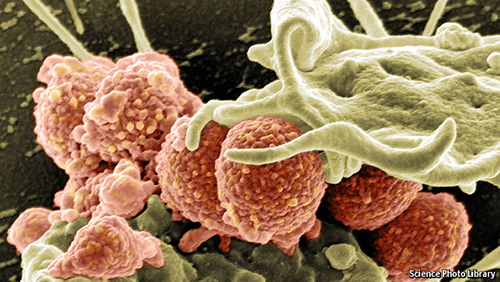 THE EVOLUTION OF PATHOGENS IS MAKING MANY MEDICAL PROBLEMS WORSE. TIME TO TAKE DRUG RESISTANCE SERIOUSLY

FEW, nowadays, would regard gardening as dangerous. But on March 14th 1941 a British policeman called Albert Alexander died of it. Early that year he had been scratched on the face by a rose. The wound became infected by bacteria, probably Staphylococcus aureuswith an admixture of various Streptococci, and turned septic. The sepsis spread. First, he lost an eye. Then, he lost his life.