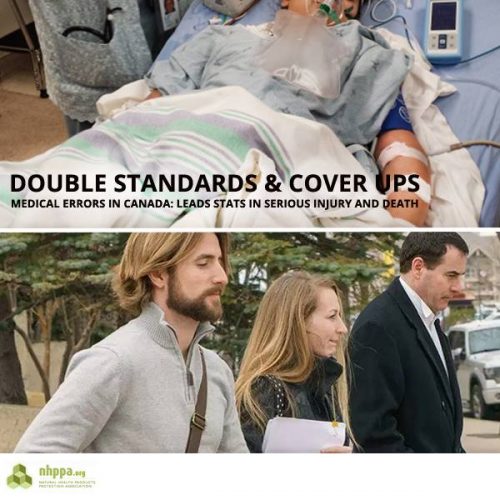 In this March 21, 2017 CBC article, “Mississauga girl loses two limbs after infection doctors thought was influenza”, learn how 11-year-old Nupur Mate almost lost her life to a deadly bacterial infection. Even after her parents sought emergency medical attention at their local hospital on three separate occasions.

Nupur Mate’s life has been permanently altered because of multiple mistakes made by hospital staff, enduring a double amputation and now suffering kidney damage so severe that she remains on dialysis, indefinitely. Yet there is no investigation underway nor any disciplinary action being taken against the doctors and hospital staff who failed her. Simply a statement that Nupur’s case is extremely rare – an anomaly – and that the doctors and staff couldn’t have known.

If highly trained medical doctors and hospital staff could improperly diagnose Nupur several times without repercussion, how is it that David and Collet Stephan, parents with no medical training, are considered criminals even when in court they clearly demonstrated due diligence at every stage prior to Ezekiel being failed by an inadequately equipped emergency vehicle.

There isn’t just a double standard being applied here. There is a determined effort to cover up the vast number of medical mistakes that result in otherwise preventable deaths each and every year. The public are being deceived about the potential risks that they may face when subjecting themselves to an inherently flawed medical system and are unaware that, if something goes wrong, the tables may very well be turned onto the parents or guardians in an effort to deflect responsibility.

We will have an update from the Stephan’s March 9, 2017 Court Appeal as soon as Shawn Buckley or David Stephan can share the decision.

Medical errors, both mild and fatal, are not isolated. Where is the public outrage?

CTV News article, “Three-year-old BC girl dies shortly after being sent home by hospital”, toddler dies of pneumonia after misdiagnosis.

A disturbing National Post article, “Inside Canada’s secret world of medical error: ‘there is a lot of lying, there’s a lot of cover-up’”, about how medical error cover ups are a serious nation-wide problem.

Previous StoryHave You Ever Wondered Why Labels on Supplements are So Vague? Mar 24/17
Next StoryDr. Guy Hatchard: Why are natural health products under threat from regulation? Apr 7/17