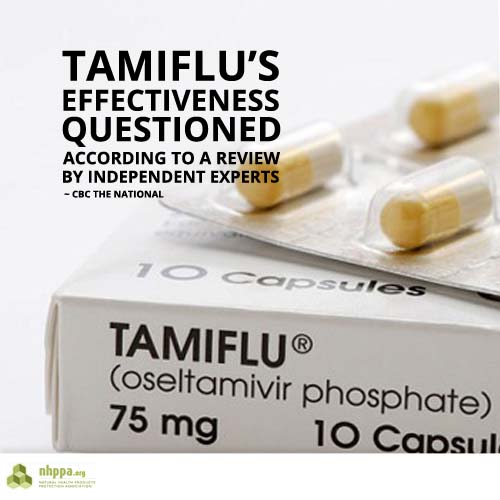 These decisions were made without access to approximately half of the clinical data available to the manufacturers.

In a report titled Tamiflu’s effectiveness questioned CBC’s The National covers an independent analysis of reports on antiviral drugs which have not been released until now. The report states, “Two antiviral drugs have mediocre effects on relieving flu symptoms, according to a review by independent experts.”

The Cochrane Collaboration is an internationally renowned human health care and policy research body. The group has been fighting for the right to access all data since 2009, when nations around the world began stockpiling the drug in anticipation of a ‘bird flu’ pandemic.

We now know that prior to April 2013, fewer than half of the clinical studies on these two drugs had been published. At the time Roche, the makers of  Tamiflu gave the Cochrane group access to one part of just 10 Tamiflu trials. There are 74 in total.

READ MORE on the CBC’s report and international analysis