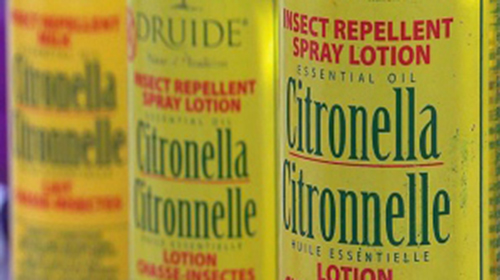 “Citronella-based bug sprays are getting a second chance. After a long battle with Health Canada, massive media coverage, and public outcry, the government agency has decided to review its plan to ban the product. The sudden shift has exasperated not only manufacturers, but also scientists. They wonder why Health Canada shunned their original recommendation that citronella oil was generally safe. The natural products manufacturer Druide is back in the citronella bug spray business, a business it says it should never have been forced out of.”