SENATORS RESTRICT DEBATE ON UNCONSTITUTIONAL BILL: DETERMINED TO MAKE IT LAW BEFORE 2010 ENDS.

Canadian citizens who see Bill C-36 as anything but ‘safe’ overwhelmed Senators with communications last week.

They pressed government to allow time for a full debate in the Senate committee. Hundreds of individuals requested the attendance of constitutional and legal expert Shawn Buckley, who has studied the Bill and can testify to the dangers of it.

Conservative Senators rejected the need to hear from Mr. Buckley.

However, transcripts of the Senate committee proceedings tell a different story, as many Liberal senators referred to the flood of emails received from the public over the last two weeks. Senators who chose to take notice agree that an overwhelming
number of individual citizens asked to have a voice at this critical point in the legislative process.

Liberal Senator Callbeck states, “We have been, as I say, requested by dozens and dozens of people to do this. As I have expressed before at the committee, I would like for us to hear from him. As Senator Cordy has said, we had four panels and three were from the government. We have only had one panel from the general public.”

Senator Day acknowledges that Shawn Buckley “is probably the most knowledgeable person in Canada regarding this legislation.” Buckley is a recognized constitutional and legal expert whom a growing number of Canadians consider to be their spokesperson.

His concern is for the long list of civil rights violations this Bill had at its inception, which have not been addressed by cosmetic amendments.

Given the refusal by the Senate subcommittee to allow Mr. Buckley to represent the voice of Canadians, the video below speaks to Senators about the deeply profound change in the nature of our democracy if Bill C-36 passes.

Buckley maintains that Bill C-36 as it is written will shake the legal foundation of Canada by removing the rule of law. “Bill C-36 is sold to us as necessary for our safety,” says Buckley, “but if I’m correct, this bill represents one of the most unsafe legal moves – certainly in my lifetime.”

Bill C-36 empowers representatives of the Minister of Health to enter premises without a warrant, seize, remove and and ultimately destroy private property without a Court order, without Court supervision.

Buckley is asking the Senators to take time to consider whether the Bill is in the long-term interests of Canada. He states that “nobody who objects to this bill is against safety but we are concerned that this is undermining some fundamental legal principles that Canada is based on.”

We Look Forward To Catching Up. 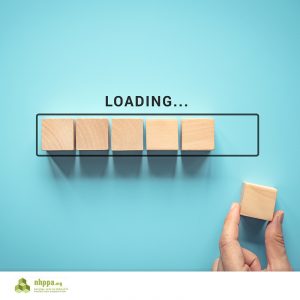 It’s Been A Minute.
All Posts