The NHPPA has received several inquiries about our petition in support of the Charter of Health Freedom. We have asked you to download and print hard copies, collect individual signatures with mailing addresses and then use the postal system to send them to our office. Many people feel that this is cumbersome, time consuming and inefficient in this day and age. There are numerous online petitions out there where people can add their voice and append their email address with a simple click.

This had been an important issue for us to consider when deciding how best to make our elected representatives sit up and listen to us. Here are our reasons for asking you to support the Charter initiative in this specific way.

There are several ways for citizens to communicate with the government, and an online petition is one such option; it can go viral rapidly and produce a vast number of signatories very simply.

However there is one thing that an online petition cannot do and that is to force the Minister to respond.

There is one single method for formulating a petition which the government accepts as valid for presentation in the House. Petitions which have been drawn up and presented according to this acceptable formula can be presented during routine parliamentary proceedings. The government must then respond to it within 45 days.

This is the treatment that a correctly executed petition receives, once checked and declared valid by the office of the Clerk of Petitions. The timing and treatment of our specific petition in support of the Charter of Health Freedom may vary slightly, since the Charter is a properly constituted piece of proposed legislation which we plan to have presented to the House by a representative of the government itself.

You can see that compiling a petition according to the guidelines may seem inefficient but it gives the document an ultimate power that an online version just doesn’t have. We could forward it to anyone we chose but they would have no compulsion to read or act on it. This is why we have chosen the route we have.

We are so convinced that the Charter of Health Freedom is our nation’s only answer to the erosion of our freedoms that we want to take the time and trouble to force a debate.

We will present this petition, correctly formulated to the government’s own requirements, when the time is right. It will, by then, be the largest petition in Canadian history.

The rules for acceptable petitions are set out in an interesting document published by the government. Click here to read it in full.

Briefly, the signatures on petitions must be original, and mailing addresses must be added to confirm that all signatories are Canadian residents.
The documents must not be marked or altered in any way to change the initial request (or ‘petition’) set out on the front page.

We asked Clerk’s office specifically regarding online petitions and email addresses and they advised us that they had considered the situation a while ago but decided against accepting them. Their reason is that validating that all signatories were Canadian residents, and therefore entitled to a voice in parliament, would become an impossible task.

Last month a Private Member’s Motion to consider e-petitions was accepted by the House of Commons. This means that the Standing Committee on Procedure and House Affairs will look at the issues and report back to the House withintwelve months with some proposals for consideration. For the time being however, paper petitions remain the only way to force a response from our Federal government.

Only Canadian residents are entitled to petition parliament.

This is why we are asking people to download and print physical copies of our petition, to refrain from adding any wording to the top of it and to ensure that everyone signs only once. Then the NHPPA has to have all of the physical original petitions for The Charter of Health Freedom mailed to head office in order for it [and the entire petition] to be valid when we present it in Ottawa.

Validity in the eyes of the government equates to making them hear us and take the issue seriously.

Although, we have some way to go to reach our goal of 3 million signatures for the Charter of Health Freedom petition, we are amazed that petitions are already coming in from all corners of the country, including Whitehorse, Nova Scotia and The Kootenays. It is truly a grassroots effort, especially considering that our work to publicise the petition is only just beginning. We are planning to ramp up the Charter of Health Freedom initiative in the very near future. 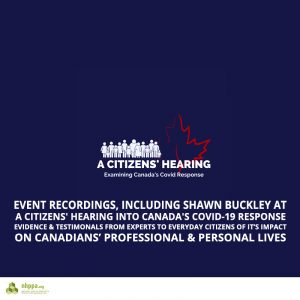 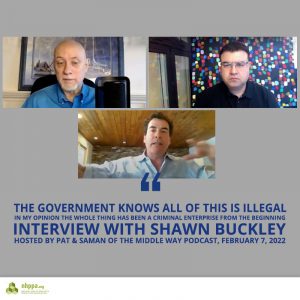 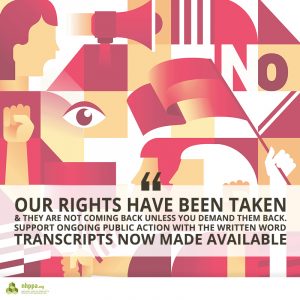 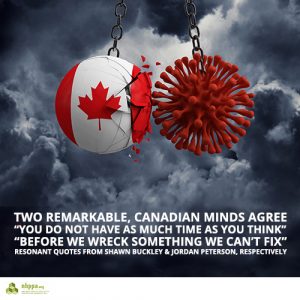