ANH article: “Muteness on B Vitamins and Lifestyle after Pharma’s Alzheimer Flop” Jan 5/17 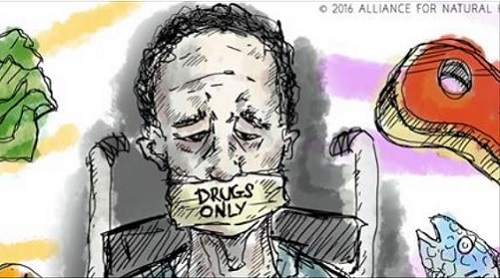 Mainstream media continues their unbalanced reporting. It is without surprise, that rather than present alternative, evidence-based nutrient solutions to disease which could provide real answers, insights and education in a comprehensive way, they narrow their focus to pharmaceutical drugs. Several non-pharma studies have been published with respect to protocols in Alzheimer’s prevention for people who seek to explore what is possible in food and nutrient-based solutions.

A recent ANH blog post from November 2016, “Muteness on B Vitamins and Lifestyle after Pharma’s Alzhiemer Flop”, said “it’s both astonishing, yet entirely predictable given historical precedents, that both the media and health authorities are remaining mute on the only known effective treatment for early-stage Alzheimer’s. The goal is to perpetuate the myth that there are no effective treatments available. The reason for this muteness is that the only known treatment, that could reduce the Alzheimer’s disease burden by around one half, doesn’t involve a drug at all, at least in the ordinary meaning of the term. Instead, it involves high doses of cheap, unpatented B vitamins that despite an extraordinary history of safety, are being targeted as unlicensed drugs in countries like Germany, France, Sweden and Denmark. That’s because they work, have clear pharmacological effects and fall foul of the EU definition of a medicine.”