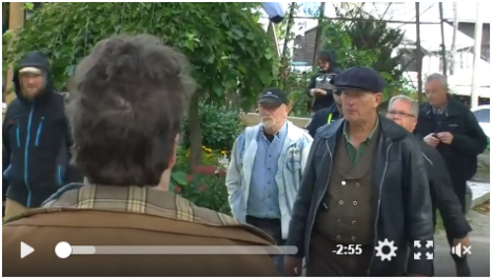 Ontario Action Alert! Show your support in solidarity for Glencolton Farms families in their Food Freedom fight. They need as many as possible to attend the courthouse in Walkerton starting on Thursday, March 9 & 10, 2017 at 9:30 am (it has been delayed from the original start date of March 6). Four men are facing charges of obstruction for their actions during a raid on their property October 2, 2015. As is the case in all of Glencolton’s cases, it will be nothing but dramatic. A show of public interest at the courthouse makes a difference.

Michael Schmidt and four others were charged weeks after the raid (one man’s charges were dropped) by the West Grey Police for their actions during the raid which involved multiple government agencies, including the Ministry of Natural Resources (Agricultural Investigation Unit), Ministry of Finance and Ministry of Agriculture, Food and Rural Affairs.

All done in the interest of protecting their property and the right to consume food of their choice, produced on their own property, these are criminal charges that could result in fines and jail time.

More information about the raw milk farm Co-op owners who stopped authorities, the charges and the trial can be found here.

Our Farms, Our Foods Coop is a 200 member cooperative formed for the purpose of boarding personal cows with a responsible dairyman. The group is just one of the many interested stakeholders in changing Canadian policy on raw milk.