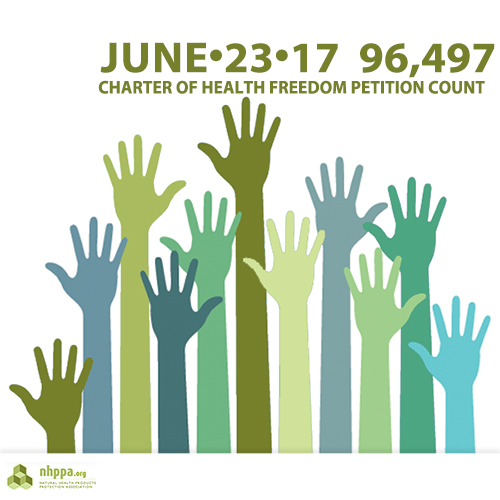 On April 27, 2017 all 95,581 original Charter of Health Freedom (COHF) petition signatures arrived at NHPPA headquarters in Breslau, Ontario having previously been stored in a secure location in Kamloops, BC. Over the course of three days, the individual petition pages were meticulously reviewed, accounted for and carefully put into secure storage pending delivery to the House of Commons. 815 brand new signatures were found.

Find out where they came from and the significant milestone reached

Products that practitioners have been using to safely and effectively to treat their patient’s health concerns are, again, at risk. If the restrictive nature of the current regulations hasn’t been applied to you yet, it absolutely will, in one way or another. We are asking all practitioner wonder women and men to get their cape and tights on! NHPPA is launching a practitioner’s petition drive to make an amazonian effort for petition signatures. Help us reach our goal of 125,000 signatures through practitioners and their networks.

Learn more about why it’s important