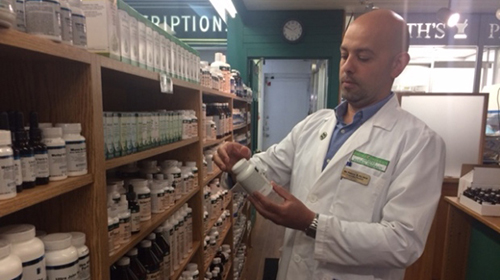 “You do not have to read the article to know it is inflammatory. Indeed, even the title is instructive. “Medical Journal takes aim” tells us a “Medical Journal” has sided against natural remedies. In reality there was a short editorial (yes, editorial) by a medical doctor who clearly does not like NHPs. This was not a medical journal taking sides. It was the CBC making an editorial sound newsworthy. With all that is going on in the world, the first question is: why would the CBC find this editorial newsworthy? I do not have an answer, but I can say that I have become quite alarmed by a steady mainstream media campaign to promote a change to the way natural health products are regulated. The stories mirror Health Canada’s current campaign to push for changing how NHPs are regulated (without Health Canada actually revealing the specific changes). Some parts of the CBC’s story are misleading.”

References are made to Health Canada’s historic attempts to limit access to NHPs. Discussion papers written on the subject:

Protect your right to sovereignty over your own body

Learn more about the Charter of Health Freedom with helpful video explanations by Shawn Buckley on each section: http://bit.ly/2syoRkD

Be a part of a national movement and sign the Charter of Health Freedom petition. Download a copy of the Charter petition http://bit.ly/2kfk2JO and start collecting signatures. Completed petitions can be mailed directly to: