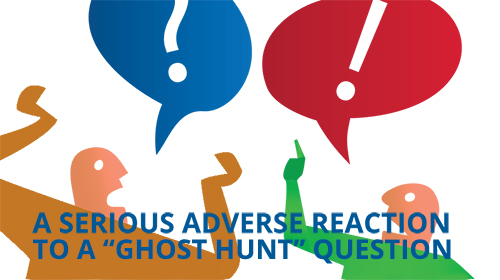 ON JULY 22, 2015 NHPPA FOUND THIS FACEBOOK PAGE POST, “THE FIFTH ESTATE WANTS TO TALK TO CANADIANS WHO HAVE HAD A SERIOUS ADVERSE REACTION TO A NATURAL HEALTH PRODUCT.”

The ask elicited comments from activists we recognized. This piece has been circulating throughout the natural health community and it’s worth the read if you’ve missed it! Independent Canadian health journalist/advocate and NHPPA supporter, Dee Nicholson, wrote to CBC producer Lisa Ellenwood:

I have noted with interest your call for those who have experienced “adverse events” from taking Natural Health Products (NHPs), and also the massive response posted on the 5th Estate FB page by those who have been helped by them, not harmed. I know you have been told, but I reiterate: there has never been a death in Canada from natural health product use.

However, whether or not natural health products are, in actuality, dangerous, is a question raised not by consumers, and not by practitioners, but by the pharmaceutical industry, which has its tentacles deep within the body of Health Canada. There is, if you investigate, a revolving door of employees being passed from Health Canada to Pharma and back again. This same revolving door also exists within the FDA, making the decision-making process within those agencies completely biased from the get-go; the conflicts of interest are both blatant and egregious.

Health Canada uses a “legal” phrase to justify its interference in the regulation of sale and use of natural health products: “Only a drug may cure a disease.” Therefore, any time a “claim” is made about the ability of an NHP to remediate or cure a health condition, that product is immediately deemed a “drug”. Of course, by that logic, water becomes a drug if used to treat dehydration. This nonsensical reasoning is what has allowed for the banning and over-regulation of NHPs that have been used safely and effectively for years, in some cases for centuries.

What is behind all this? Money, of course. One cannot patent, as the US Supreme Court recently reaffirmed, substances that are made in nature; it is not enough to “discover” a new use for an element of a living thing, one must actually invent something.

Consequently, under the rubric of “safety”, there is a push by Pharma to synthesize what nature made, in order to patent their invention. Once that happens, two things become evident: First, the unnatural, synthesized product is patented and thereby protected under TRIPS rules of trade agreements; second, said product will not perform as its natural counterpart can in the body, because the body simply cannot use ‘ersatz’ food, and NHP’s are not chemicals, they are food.

Pharmaceutical and chemical companies routinely get a free pass from Health Canada, without a thought for the health and wishes of Canadians. Critical information is hidden from them, and Health Canada allows that industry to perform much of its own testing (Our own state-of-the-art labs were sold off years ago), and as has been solidly evidenced of late, that whole aspect of “food and drug safety” is rife with corruption and fraud. To wit, Dr. Kevin Folta of the University of Florida has just been exposed producing material for Monsanto after being handsomely paid (SeeNaturalNews.com for details and evidence), and multiple whistleblowers are emerging now, calling out the FDA and Health Canada for their blatant abuse of taxpayers on both sides of the border.

The fraudulent attack on Dr. Andrew Wakefield over his work on autism and its MMR vaccine-related causation has furthermore caused the exposure of the CDC for hiding the data proving that it was known well in advance that black male children were at a much elevated risk of autism… and Dr. Wakefield has been vindicated. But not without a huge outcry from people who have suffered, and who do not want others to suffer.

In addition, there has been a spate of murders, “suicides”, disappearances, and poisonings of doctors and researchers who are proving actual cures for such things as cancer and autism. Are we to assume this is a natural course of events? I hardly think so. I would think, in fact, that this is a complex, hard news story that your team ought to go after with vigor. What we see instead, though, is media kowtowing either to the government, or to their pharmaceutical advertisers, and withholding this information from the public. This is a horrible disservice to your audience: it is not merely a financial fraud, because oftentimes it leads to disease, disability and death for the consumer, and nobody in those agencies turns a hair. But good heavens, “We have to ban oregano oil, someone might find out it works as an anti-viral!”. Or it’s citronella. Or parsley. Or Kava. The list goes on.

The attacks on the natural health industry are frequent and nasty, involving SWAT-team methods and guns, in some cases (which to my mind makes the authorities look damned stupid!), plus attacks from other government agencies.

Over the years, the CHFA, from whose trade fair this week your team has been banned, has claimed to represent the NHP industry in its dealings with Health Canada. In fact, the opposite is true: the CHFA more often represents Health Canada in “helping” NHP producers comply with their overweening regulatory moves. Furthermore, if you check their membership list you will find they only “represent” about 13% of Canadian producers and retailers.

CHFA was founded by, and is at least partially funded by, the government of Canada…. a huge conflict of interest.

Meanwhile, it is noteworthy that under trade agreements, the regulations globally are increasingly being “harmonized to facilitate trade”, with the assistance of extremely heavy lobbying money from pharmaceutical and chemical companies, and with the end result that perfectly safe and highly effective NHP’s including natural vitamins and minerals are being synthesized/patented, banned entirely, or reduced in effectiveness by dose limits to the point of uselessness (see Codex Alimentarius and the EU Food Safety Directives). All this while our food supply is increasingly adulterated, genetically modified, poisoned with herbicides/pesticides, and generally made unsafe for human or animal consumption.

To my mind, it is disingenuous to be “investigating” how Canadians view NHPs, safe and effective or unsafe and ineffective. You will always find people to sit on either side of that argument, which renders your program moot, because it answers nothing at all. And NHPs are a multi-billion dollar industry in this country, not because these products don’t work, but because consumers are happy with them.

As I pointed out many years ago to the Standing Committee for Health in Ottawa, “Traditional products become traditional because they work, not because they don’t work.” Things that don’t work do not form part of anyone’s traditions, do they?

The issues your team should investigate (if you really want to call yourselves investigative journalists), and that indeed would be of great service to the health of Canadians and all the world, is the lengths to which government goes to protect the pharmaceutical industry itself, rather than the health of those it is employed to serve, and the collusion and corruption that goes on daily under our very noses.

Check out the links between pharmaceuticals and our federal agencies. Look at the TRIPS rules protecting the pharmaceutical industry at every turn. Look at the trade agreements forcing our governments to help multinational corporations to make money, to the detriment of Canadians and all other sovereign peoples.

“Safe and effective or not”, again, is not the point. Pharmaceutical products, properly taken and prescribed, are the third leading cause of death behind heart disease and cancer. NHPs are not even on that chart. Every decade, millions of people die because of pharmaceutical products. Want to see the proof? Check out Dr. Barbara Starfield’s 2000 study in the New England Journal of Medicine… she was the editor of the NEJM, one of the premier medical publications in the entire world. You will not have to dig very deep to find the problems.

However, we Canadians who are aware of these things, who have delved out of a sense of responsibility to ourselves, our families, and our compatriots, will have a problem with your broadcast, because we have seen and experienced the corruption behind all this. I am sure you are aware that such wrongdoing exists in many areas of human life at present; in no way is this rabid profit-before-people motive confined to health care, because you can see it everywhere.

Please do the right thing and open up this Pandora’s box of fraud, corruption, death, disability and disease for the good of all Canadians, instead of going on a ghost hunt on an old argument that has never solved anything. Isn’t that what you exist for? Actual balanced, fair reportage on this topic includes all the elements I have listed above.

Thank you for your indulgence in reading this. Please do your own due, true diligence and show all Canadians that it is not without a monumental battle, which we consumers and activists have fought, they are still able to access their choice in what to put into their bodies, a right which is fast disappearing, and not to the good.

I may be reached for further comment at this email address or at (number withheld) in Toronto.