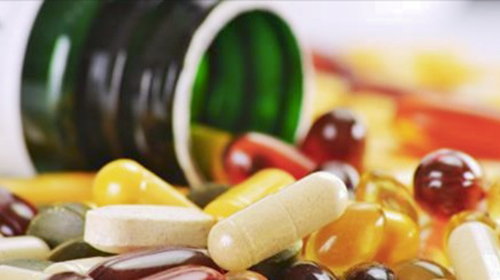 “I FEAR THE MEDIA WILL NEVER GET IT RIGHT ABOUT SUPPLEMENTS.”

Friends of NHPPA, Dr. Zoltan P. Rona and Dr. Gifford-Jones share their thoughts on the CBC’s The Fifth Estate episode, “Vitamins and Supplements: Magic Pills“ that aired November 20, 2015. While Shawn Buckley prepares his response, read two opinions that are echoed widely across the country.

Dr. Zolton Rona wrote on his Facebook page: “I just saw the 5th Estate show on nutritional supplements on line. What a triumph for the psychopaths! It’s very damaging to the industry, full of lies and misleading information. They ignored thousands of very positive studies, especially on vitamin D. The DNA bar coding testing is a red herring absurdity and was said to be embraced by Nature’s Way and GNC. I don’t understand how they can adopt this technique because it will make most of their products look falsely bogus. The show really smeared Linus Pauling, fish oil supplements and even vitamin E. The CHFA response to it was weak, very weak. I think that most people knowledgeable in supplements will not be swayed by this nonsense. It will be people who are sitting on the fence on taking various supplements whose health will be affected the most. It’s unfortunate but, with positive studies being published daily, the truth will become much clearer in the months and years to come.”

Dr. W. Gifford-Jones wrote this article to be published in 60 newspapers across Canada. His Facebook page is well worth liking.

“There Are Still No Dead Bodies!!! Why is it impossible for investigative media reporters to get it right about health supplements? In March of 2013 medical research showed that every day 290 North Americans died from prescription drugs. To kill the same number of people a jumbo jet plane would have to crash every day. I asked Health Canada’s forensic bureaucrats to explain where the dead bodies are who took natural supplements? I have never had a reply. Now the media are using a study conducted by the Centers for Disease Control and Prevention and the U.S Food and Drug Administration to damn supplements. Its study of 63 hospitals over a 10 year period showed 3,667 emergency room (ER) visits and 2,154 hospitalizations from the use of supplements. But there are no dead bodies. So what are the statistics for prescription drugs and over-the-counter (OTC) medication? They show 4 million ER visits and, in addition, adverse drug reactions that cause over 100,000 deaths year after year!

It does not require an MBA degree in economics to see why popular TV programs take a report and blow the facts to another planet. Shocking their TV audience to increase ratings is more important than stating the truth. And it makes sponsors very happy. Besides, what supplements were responsible for ambulance sirens screeching on the way to the ER? Weight loss supplements and energy pills were responsible for 72 percent, sexual enhancement and body building products for 14 percent. So these two categories accounted for 86 percent of ER visits. Remaining ER visits resulted from swallowing problems when elderly people took calcium pills. Or to reassure parents whose small children had swallowed carelessly stored mineral or vitamin pills. But what compelled people to rush to the ER? 90 percent of the visits were due to heart palpitations, chest pain, or an increased heart rate, related primarily to the ingestion of caffeine. These patients were subsequently discharged from the ER. In effect, no serious problems and zero death.

One could also question why these people were foolish enough to take these products, often in excess, in the first place. The best Rx would have been to see a psychiatrist. The media should point out that about 70 percent of North Americans take dietary supplements. This means that over 60 billion doses of nutritional supplements are ingested annually. According to the annual report of the U.S. National Poison Data Base System not a single death was caused by a vitamin or mineral supplement! A trial lawyer would tell the jury, “The case is closed”. I’ve learned over my 60 years of surgical practice that there’s an important place for natural remedies. Study after study shows that most people are lacking in magnesium. It’s nature’s natural vasodilator of arteries that fights hypertension and is vital for the normal rhythm of the heart. We know that millions of North Americans are taking cholesterol-lowering drugs and are not being told these prescription drugs are robbing their heart of coenzyme Q10. It provides energy to the heart’s muscle. Some researchers believe that without this enzyme, CLDs set the stage for heart failure later in life. Not a minor consideration. Surely no one can deny that natural vitamin E can be helpful in treating those with intermittent pain in the legs. This symptom occurs when atherosclerosis decreases blood supply to muscles when playing sports or walking. Vitamin E increases the oxygen saturation of the blood and relieves the cramping. Then there are those who state vociferously that vitamin C is useless for treating the common cold. Of course it is when people take 500 milligrams (mg). What’s needed is several doses of 2,000 mg every two hours. Or better still several thousand daily to prevent a cold and heart attack. As Nobel Prize winner Dr, Linus Pauling used to reply to critics, “It’s the dosage, stupid”. Benjamin Disraeli, a former British Prime Minister once denounced his opposition by saying “It is much easier to be critical than to be right”. I fear the media will never get it right about supplements. Bring up the dead bodies to convince me.”