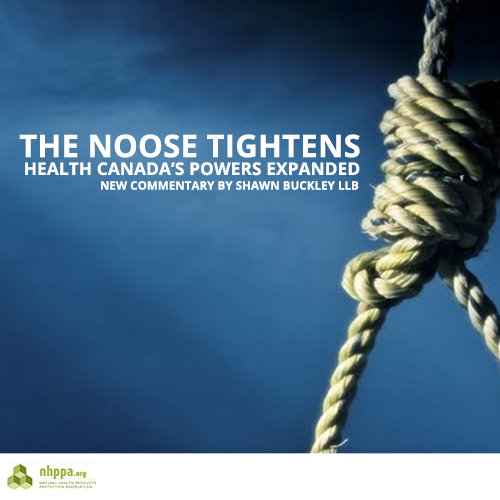 The effect of the Strauss decision is that now it can no longer be said with any certainty what is a prescription drug.  Before the decision anyone could look at the very clear list and know if a product was or was not a prescription drug.  Now if a client asked me in my law practice, for many products the answer would be:  “it depends on whether Health Canada decides to target you for attack”.  In short, for a large number of multi-ingredient products, if Health Canada decides they want to remove the product from the market, they can with this new interpretation.  The significant problem with this is that the rule of law depends on certainty.  Whereas before there was certainty.  Now there is complete uncertainty.  Now Health Canada has complete discretion as to whether or not to target a product (that to the rest of the rational universe is not a prescription drug).  This creates tyranny which simply is the unfettered exercise of discretion.  The unfortunate side effect of the Court siding with Health Canada on this issue, is that it undermines confidence in the law.  When there is no certainty, and when the state can arbitrarily decide who to attack, confidence in the system is lost.

The decision of R. v. Wookey which came out in August makes this uncertainty even worse.  In Wookey a company was selling a chemical called BZP.  BZP can act like an amphetamine but it was not listed as a controlled drug in the Controlled Drugs and Substances Act at the time.  I say “at the time” as shortly after BZP was listed as a controlled drug which made it clear to all that it could not be sold.  Health Canada could have accepted that there was a gap in the law, that was quickly fixed.  Rather, the State decided it was necessary to charge Mr. Wookey with something, despite his reasonable reliance on the apparent law at the time.  The State used the Food and Drugs Act to charge Mr. Wookey, alleging that the definition of “drug” in that Act included substances sold for recreational purposes.

Up until the Wookey decision the definition of “drug” was not concise but there was a longstanding consensus and understanding that it covered substances that were being made, sold or advertised for a therapeutic or medicinal purpose.  Food, which is clearly necessary for health and which affects all of our cells, let alone all of our biological functions, was not a “drug” unless being made, sold or advertised for a medicinal purpose.  For example, parsley that you buy in the vegetable section of your grocery store was not a drug when you bought it as a food.  However, when it was sold for a medicinal purpose it was a drug and subject to the drug regulations.  This is why some parsley is sold as a natural health product with a Health Canada license as a drug (natural health products are a category of drug).

The definition of “drug” includes the words:  “drug includes any substance or mixture of substances…for use in modifying organic functions in human beings”.  Prior to Wookey it was clear that these words in the context of the entire definition were restricted to changes for a medicinal or therapeutic purpose.  However, the Ontario Court of Appeal in Wookey found that they apply generally to any substance which modifies an organic function in human beings regardless of the purpose or intent.  I cannot think of a single food which does not modify an organic function.  For example, water clearly does, especially when a person is dehydrated.  If anyone had approached my law office asking for something like BZP to be licensed as a drug when the purpose of them selling it was to create euphoria, we would have advised them that it could not be licensed as a drug as euphoria as recreation is not a medicinal or therapeutic purpose.  If pleasure now makes a product a drug, cheesecake advertised as delicious is a drug.  Cheesecake certainly modifies the organic function of your taste buds, and then a series of biological process along the way to excretion.  If Wookey is correct, how can alcohol and cigarettes be left on the market without drug approval.

The effect of the Wookey decision is twofold.  First, it creates confusion and uncertainty for anyone selling substances that are ingested or might moisturize the skin.  Second, it gives Health Canada almost unfettered discretion to destroy anyone who would have previously been legally selling a food or item fully believing they were in compliance with the law.

People who act as NHP consultants, are still going to have to pretend that under the Act there are four distinct categories into which to slot a product (foods, drugs, cosmetics, or devices).  No-one is going to try to license Bud-Light as a drug anytime soon.  Persons selling literally anything ingested, or which affects the skin will need to be advised, however, that at any time Health Canada could arbitrarily decide to attack their product as a drug.  I have witnessed Health Canada attacks destroy small and medium sized businesses, so they are not to be taken lightly.

Rather than accept that there had been a gap in the law concerning BZP that had been fixed, the Ontario Court of Appeal made a decision that creates uncertainty and which leaves persons at risk of attack solely at Health Canada’s discretion.  As with the Strauss decision the Wookey decision will lead to a loss of confidence in the law.

Another significant thing to keep in mind with both the Strauss decision and the Wookey decision is that they are yet further examples of the Courts undermining our common law tradition and moving us into a much more restrictive civil law legal environment.  In very simple terms, under our common law tradition, rights vested in the individual.  Individuals were free to do what they wanted.  If we collectively decided that freedom needed to be restricted, we passed clear laws, which set out very specific limitations.  In civil law traditions, this is reversed.  The State has the rights and grants them, specifically to the individual.  The individual can only do what the State allows.  In the area of natural health, this contrast between common and civil law systems can be seen between the United States and Germany.  The United States which has a common law tradition regulates natural products under the Dietary Health and Education Act, 1984.  Under that Act, there is wide freedom to access any natural product.  To remove a product the State has to have evidence of risk.  It is common knowledge that the U.S. has the largest number of available products than likely any other country.  I personally order products from the U.S. that I cannot get in Canada.  Contrast the U.S. with Germany, a civil law country.  The only natural products available are a small number on a specific list the German government allows.

In Canada I have been witnessing a steady progression, supported by the Courts, away from our liberal common law heritage to a restrictive civil law model.  This move to make illegal anything not specifically approved of by the government is not restricted to food and drugs.  It covers all areas of our lives, even speech.  Indeed, so much of our regular activities have become criminalized, that if anyone asked me as a lawyer to give them a summary of what is illegal I would say:  “living is illegal”.  Perversely, with things like:  the undermining of our food safety regulations; the privileging of chemical drugs; the allowance of chemicals and genetically modified organisms in our food, to short list a few, it is clear that the government is trying to stop our illegal behavior as quickly as it can.