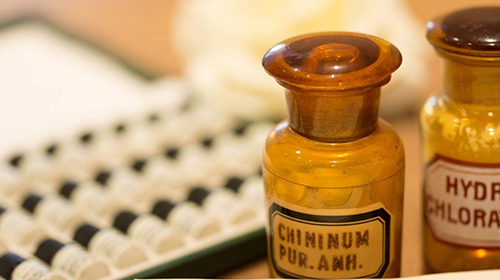 A friend sent me articles about the homeopathy program at Georgian College being attacked and of the College caving in and cancelling the program. She wanted to know what I thought about the articles and the attack on the program. As I sat back reflecting upon what I thought, I noticed that one of the articles was one dated February 9, 2018 titled “Georgian College Cancels Diploma in Homeopathy” (3 minute, 30 second read), by Kelly Crowe of the CBC. That brought back a memory that one of the first times I learned about homeopathy was during a CBC radio program I listened to while driving to Williams Lake decades ago. This was before I understood the value of natural remedies such as homeopathic remedies. The program was speaking about how, at the time of the 1918 flu pandemic which killed one out of every five North Americans, there were both homeopathic hospitals, and allopathic hospitals. Our mainstream hospitals are allopathic hospitals.

The Collins dictionary defines “allopathy” as:

“treatment of disease by remedies that produce effects different from or opposite to those produced by the disease”.

This is why mainstream medicine, which is allopathic, treats sickness with chemical drugs to address the symptoms of the sickness as opposed to the cause of the sickness. This is a very lucrative medical model which is why, in my opinion, it has been able to dominate our public policy and our media.

The Collins dictionary defines homeopathy as:

“a system of medical treatment based on the theory that certain diseases can be cured by giving very small doses of drugs which in a healthy person would produce symptoms like those of the disease”.

You will note that our belief in vaccines and vaccination is very similar to homeopathy. We introduce a small amount of a bacteria or virus to create a immune response.

My next thought in reading the articles was that I have been aware for years now that there has been a mounting mainstream media campaign against homeopathy. The attack on the program at the Georgian College is simply another branch of what appears to be an ongoing campaign to turn the public from homeopathy.

I have to admit, however, to being old school. When I went to university, universities were the defenders of personal opinion, tolerance of the opinion of others, and the pursuit and protection of knowledge in all forms. The idea that a College would cancel a program over criticism is foreign to my university experience. Long ago opposition to a university or college program would attract students and be ignored by the school. My first reaction was that it is a shame that the College would not push ahead despite media attention. It seems few can stand up to the mainstream media agenda any more.

My second reaction was alarm that we are losing a healing tradition that has an enviable track record. We are not losing it because of a media campaign that is citing reasonable evidence that homeopathy is less effective than allopathy. We are losing homeopathy on based upon assertions and innuendo being pushed by the mainstream media.

For those who want to jump on the anti-homeopathic bandwagon, I offer the following to hopefully cause a moment of reasoned reflection. I offer a quote from Dr. Marcia Angell. Dr. Angell is a medical doctor and an editor of The New England Journal of Medicine. The New England Journal of Medicine is arguably the best mainstream medical journal in the world. In discussing problems with the research and marketing of drugs used by our mainstream allopathic model Dr. Angell writes:

“The problems I’ve discussed are not limited to psychiatry, although they reach their most florid form there. Similar conflicts of interest and biases exist in virtually every field of medicine, particularly those that rely heavily on drugs or devices. It is simply no longer possible to believe much of the clinical research that is published, or to rely on the judgment of trusted physicians or authoritative medical guidelines. I take no pleasure in this conclusion, which I reached slowly and reluctantly over my two decades as an editor of The New England Journal of Medicine.”

Do not expect Dr. Angell’s reasoned opinion to be in the CBC or National Post any time soon. The fact that a very strong case can be made out that many of our mainstream medical treatments are not based in reasonable science will not become main stream news despite the very high risk, including deaths, that these treatments pose. This obvious double standard makes me suspect that the attack on homeopathy is fake news.