HEALTH CANADA HAS NO INTENTION OF ALLOWING THE NATURAL HEALTH PRODUCTS INDUSTRY TO THRIVE. 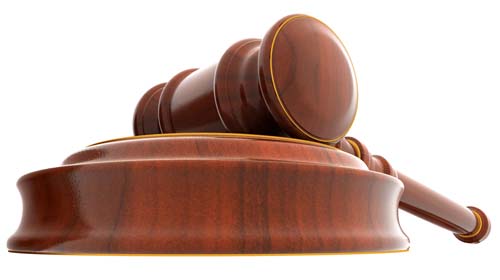 It should be no surprise to anyone paying attention that the NHP Regulations as they are currently written, classified, and enforced are dismantling the natural health product industry.

It’s become clear through the NHPD’s actions that the barriers to obtain or even keep ‘approved’ product licenses will change over time.

Anyone who thinks the NHP Regulations can be solved by making concessions through revisions, recommendations or review, is missing what’s happening.

Over the summer, the Natural Health Products Protection Association (NHPPA) moved focus to their legal challenge which was introduced to the public and industry in October 2009.

Part of the NHPPA’s 3-Part Plan to create a balanced regulatory environment for natural health products is a law suit to challenge the current NHP Regulations.

The NHPPA’s biggest fear about any court challenge has always been someone else doing it wrong. To face the well-funded and determined partnership between Health Canada and the Department of Justice, like Health Canada, the NHPPA must make its legal challenge strategic and focused. Aside from the issue of undermining supporters’ intentions, public interest and legal process, there is a danger in moving too quickly. Most importantly, to maintain a legal challenge that can withstand the aggressive defence of the Department of Justice when protecting Federal Legislation, it has to be done right.

The NHPPA has an unmatched legal team working on the challenge. This includes:

All three of the NHPPA legal team have extensive trial experience, and have appeared before provincial appellate courts, and the Supreme Court of Canada.

The NHPPA was able to retain their services thanks only to the support of individuals and industry. But we have just scratched the surface, and only have enough for the legal team to move to the next step in the research and build the legal argument.

During the summer the legal team completed the first part of the legal research necessary for the legal challenge. Specifically, the team has answered the following legal questions:

Having answered these questions, the legal team is now focusing on the constitutionality of the NHP Regulations to determine whether:

The more persons wanting to make a difference through the legal challenge, the lesser the cost of the challenge for all of the parties. Anyone considering becoming a party, and to find out what it means to be one, should contact Mr. Buckley directly at his law office at 1.250.372.1404.

“Courage is being scared to death… and saddling up anyway.”
–John Wayne

You were a stakeholder in an endangered industry. And today, nothing’s changed.

People who support the NHPPA are both unwavering veterans and new visionaries. We not only believe in the freedom to choose how they nourish and treat their bodies, but the freedom to choose how they think, act and live. To be part of the natural health paradigm means you question the status quo and understand lives can be changed, and even saved. Our supporters see the gross dismantling of a once vibrant industry, through the NHP Regulations. Others think we were a vital part of ‘softening’ the existing regulations by offering push back. Some believe our interpretation of a ‘bleak future’ was a hypothetical worst-case scenario that wouldn’t happen.

Sadly, they were wrong.

The truth of what is happening cannot be hidden or glossed over much longer. More products are disappearing. Effective products are being forced to change in ways that make them less effective. Practitioners who rely on products to treat patients are losing effective treatments. Individuals who rely on natural remedies are losing their remedies and suffering. Wishing this was not true does not change that all of this is happening. The NHPPA is looking forward to that crystallization point where enough people wake up to reality and get on board to make meaningful change. The NHPPA supports the regulation of NHPs. But we need regulations that are both reasonable, respect the rights of individuals to access essential treatments, and which are consistent with our constitution.

To date, any solutions offered by industry associations, freedom groups or a single industry member have not been broad enough to capture the entire problem. The solutions proposed do not change the fundamental legal and constitutional flaws in Health Canada’s vision for the industry.

Recently, an email by an industry member said it best by asserting that the approach forwarded by an industry association requires a ‘massive correction’.

The NHPPA understands and is aware that the industry and public feel the situation is nearing absolute crisis.

You may have colleagues in the business who have had their products targeted by Health Canada and removed from the market. But even if you haven’t yet personally experienced the devastating effect this can have on an NHP business, you are probably now acutely aware of the facts. This disaster has been over thirty years in the making, and most of you know it is not narrow in its scope.

As stakeholders you are entitled to take ownership of what is going on by forming your own opinion about your options and choosing the best possible path to having a vibrant business with customers who have a freedom of choice.

We need to resume the conversation with industry now, so the right action is taken.

“Because the people who are crazy enough to think they can change the world, are the ones who do.”
– Apple Inc.

To date your funds have allowed us to work as one of Canada’s voices giving strong opposition to erroneous federal regulations, but they were not enough to sustain the momentum.

Many of you want to see this legal challenge move forward, yet our support is far from what we need.

While we urgently need funds to continue with the lawsuit most likely to succeed, we also need funds to move ahead with a planned accountability initiative that parallels the research needed in the legal challenge. This campaign would recruit NHPPA’s extensive Freedom 308 Network.

We are still in the best position to provide leadership to an industry that has unsuccessfully relied on appeasement.

Right now, we want to continue our focus on the legal challenge and need your support to see it through. It’s one of a number of ways the NHPPA has been involved in significant push-back. If you think this is important and have thought about donating but haven’t, we need your support.

If you’ve given before and feel this is critical we ask you to consider contributing again.

If you’d like to see us continue our work we need your financial support.

Most public actions can only continue with massed regular financial support. We’ve only started, but will need thousands of individuals and at least half of the NHP industry to support our work while we take your interests as far as necessary for resolution, up to and including, the Supreme Court of Canada.

As of October 5 2011, the NHPPA has received 79,800signatures for the Charter of Health Freedom petition. Thanks to all of you who have sent in a petition and those who send petitions in on a continual basis. If you have not already, please read our Paper vs On-Line Petitions post on our website. Your commitment to the Charter of Health Freedom shows dedication and determination to see this proposed legislation become a reality.

There is no deadline so keep on collecting signatures for the Charter of Health Freedom.

With that said, we have a specific Member of Parliament in mind as the candidate to bring the petition to Ottawa mid 2012. Prior to that, we will be running a prize-winning campaign for collection of most unique signatures to hit 250,000 by March 31 2012. At 250,000 signatures, the Charter of Health Freedom will probably have legitimately, on paper as required by Parliament, collected the most signatures on a petition than any other petition in the history of Canada. We have a call in to Ottawa right now.

CLICK HERE to see our past and current campaigns.