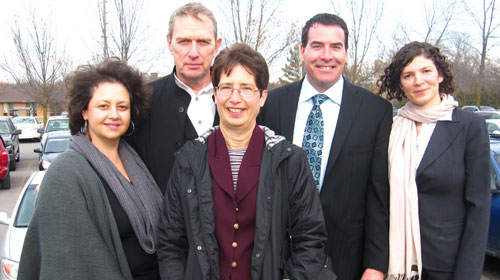 Shawn and number of NHPPA’s team were fortunate enough to be in Toronto, Ontario to support Michael and his lawyer Karen Selick from The Canadian Constitution Foundation.

The sentencing took place at the Ontario Superior Court in Newmarket, not far from the Metro Toronto Convention Centre where Shawn lectured at the Whole Life Expo.

Shawn and the NHPPA are following Mr. Schmidt’s case closely as we are all inspired by his fearless and unrelenting commitment to personal freedom. 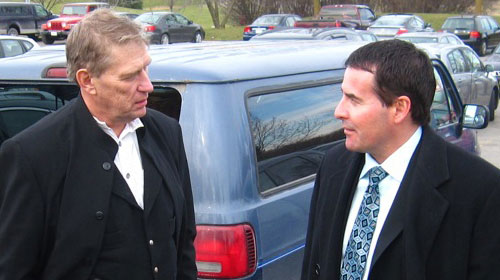 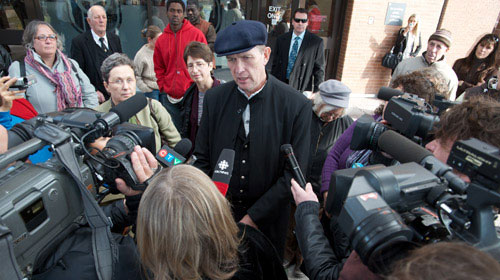 “NEWMARKET, Ont. — An Ontario dairy farmer was fined $9,150 and placed on two year’s probation Friday for making and providing raw milk and cheese through a cow-share business.

Michael Schmidt was found guilty on appeal last September on 13 charges related to the production, sale and distribution of unpasteurized milk under the province’s Health Protection and Promotion Act.

An earlier court decision in January 2010 had acquitted Schmidt of all the charges.

In Canada, it is illegal to market, sell, distribute or deliver unpasteurized milk or cream. Yet it is legal for farmers and their immediate families to drink raw milk or to use it to make cheese.

Schmidt admitted he supplied raw milk to 150 families through a cow-share business in which he sold $300 memberships for partial shares in 26 cows he keeps at Glencolton Farms, about 2 1/2 hours northwest of Toronto.

He argued raw milk has greater health benefits than pasteurized milk and that consumers should have a right to decide what to put in their bodies.

Ontario Justice Peter Tetley acknowledged the more than 60 people in the courtroom Friday were a testament to Schmidt’s character.

“(Mr. Schmidt) is a man of principle,” Tetley told the court. “He’s willing to fight for his principles. There’s a lot to admire about Mr. Schmidt.” 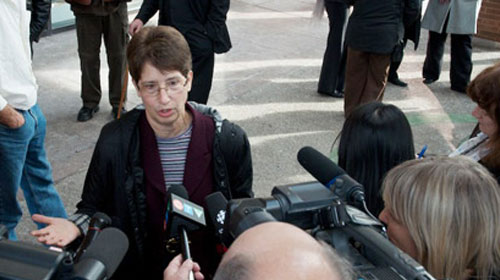 “Your Honour, I do not envy you your task today.  Today, you have to choose between enforcing the law, and doing justice—because regrettably, we cannot assume that they are one and the same.

Your task today is to punish this man for the very acts that they are here to pay homage to him for.

You have no guidance before you, no precedents to tell you what is the “going rate” for a raw milk offence.  You will have no choice but to exercise your own discretion, to use your independent judgement, to summon up all the wisdom you have acquired over the years, and to impose a fitting sentence.