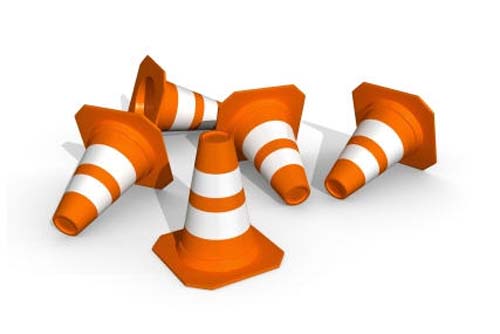 SAFETY MEANS SOMETHING DIFFERENT THAN WHAT WE THOUGHT.

Shawn Buckley and the NHPPA research, write and distribute information and opinion pieces as part of our core work. Until the actions of Health Canada come under proper scrutiny, in accordance with Canadian law and democratic practice, we cannot, and will not stop placing the issues where they will be read, understood and passed on. We are encouraged to see that doubt for the future of the industry is spreading. This doubt will turn into action.

Our concerns for the impact of the 2004 NHP Regulations, and the opportunity they afforded to unelected officials for abuse and corruption have been dismissed by many as ‘fearmongering’ but now the word is spreading beyond the core industry believers. As smaller companies go to the wall, with very little power of redress, the unsayable can be printed. The questions are becoming accusations, the evidence of harm is too widespread to gloss over as inadvertent.

This month, several new devastating examples of the power of the written word are available for you to use to inform your networks and grow the push back.

Where other writers may speculate as to reality of the motivations driving natural health stakeholders out of business, Shawn’s courtroom experience, evidence he has heard under oath and regular exchanges with his clients make it more than mere opinion.

IF THE NHP REGULATIONS ARE NOT REALLY MEANT TO PROTECT YOU, THEN WHO ARE THEY FOR?
NHPPA OPINION PIECE – MARCH 2012

This writing is an original information piece written by Shawn as a keynote series of concerns we should pass on in 2012. As ever, it is packed with facts, underpinning observations which are irrefutable.

“We are told that we need the NHP Regulations to protect us from such evils as adulterated products, fraudulent claims, and unsafe products. Despite these assertions, there has never been a death caused by a natural health product in all of our history. I have asked Health Canada under an Access to Information Act request to provide any evidence of death caused by a natural health product since Confederation (1867). I was given no evidence.”

In addition to containing a discussion on the government’s use of the word ‘safety’ as printed by Health Action Magazine in our next link, this 3-page document contains a devastating case history, the story of one woman who is most definitely not being protected by the current regulations. Indisputable facts are piling up.

“I can tell you she does not feel “protected” by the Regulations. I wish Geri’s case was isolated but I have received similar stories from people across Canada. There are many people with serious health conditions who have tried all of the doctor recommended chemicals either without success, or for whom the side-effects were intolerable. They have found natural products that work. Health Canada is now taking those products away. This is putting them at risk for either death, or at best tremendous suffering.”

Having shown, beyond doubt that the regulations are not for the benefit of consumers, this writing suggests a possible answer to the question in its title. Backed up by a quote from a large player in the industry Shawn proposes a possible rationale for a system that makes no sense.

“My speculation is that the NHP Regulations are an exercise in what economists call rent seeking. Rent seeking is where large players in an industry encourage the bureaucracy to over-regulate an industry, usually in the name of safety. The bureaucracy benefits because it gets to grow to implement the new regulations. Although the cost of doing business increases, the large players benefit because the over-regulation drives the smaller players out of business.”

It is hard to resist the logic of this explanation in the light of a telling quote from a published study of industry opinion.

“I confess that get quite upset when people like MPs tell me the Regulations are necessary for our “safety”. Indeed, I am now of the opinion that the word “safety” when used by politicians and bureaucrats is the most dangerous word in the English language. It is the only word that over-rides critical analysis in the population and leads the average citizen to willingly give up freedoms.”

In this hard hitting article, drawn from parts of the above release, Shawn draws on his years of experience acting for clients whom Health Canada targets with demands to withdraw natural products from sale. He outlines the typical procedure, and the ways in which these recalls have more to do with industry infighting than any conceivable level of safety.

“We know, for example, that the same products can be sold in the U.S. without a licence and that the Canadian requirement for a licence is relatively new…For Health Canada to pretend that there is a serious health risk because a product does not have a licence is stretching things. Indeed, the same unlicensed products in the U.S. are presumed by law to be safe.”

This article is a must-read for anyone who has any doubts as to the spurious nature of Health Canada’s concern for your ‘safety’. Add this article to your blog, link to it from your website, Tweet it, get it out there to your networks. It is a powerful reminder to us all that once government agencies are given the power to disregard actual safety, none of us is safe.

Why have we given you two versions of the same information?

We want you to do something different with Shawn’s opinion piece. It is for your local Member of Parliament and the owners, managers and staff at your local health food store. These are the people whose futures depend, most directly, on the growing crisis. Every one of the 308 MPs in this country has individual constituents and whole families affected by the loss of products. Your MP needs to understand that the scandal affects real people right now and that they will be delinquent in their duty to the citizens they represent if they allow it to continue.

The March issue of Vitality contains a Letter to the Editor from Shawn, endorsing the content and importance of a number of articles.

CLICK HERE to read Shawn’s confirming Letter to the Editor.

The previous edition of Vitality contained the articles to which he refers, by John Biggs and Dr. Zoltan Rona, reacting to Health Canada’s recent refusal to licence digestive enzymes. The anger in the industry is deepening as the true effects of increased enforcement of the regulations are felt; and as the spurious, unresearched and unscientific justifications for these perverse decisions are laid bare.

CLICK HERE to read In Defence of Digestive Enzymes by John Biggs.

The NHPPA continues to craft your tools, but as ever, only you can use them.