Today, we have had both the alleged apocalypse, and the shortest day of the year, come and go.

Tonight, we also finally give you the link to watch NHPPA’s latest lecture presented by Shawn Buckley from Toronto’s 2012 Whole Life Expo.

Delivered on Sunday November 11 2012 to a capacity crowd, Shawn talks about the shocking changes now in effect with the passing of Bill C-38. Known as the omnibus budget bill, it contained changes to 70 laws in one massive document passed by Parliament this summer. Learn what safeguards have been erased and how you will no longer be able to tell if your food is safe.

THE NETWORK OF INDIVIDUAL ACTION BUILDS

“What new information do you have that I can take to my MP and deliver to my community?”

Being asked to supply individuals with information to arm themselves within their own sphere of influence was the rule, rather than an exception at this year’s 2012 Whole Life Expo. These questions were a marker of evidence that our efforts allow individuals to become invested in personal action. We were pleased to be able to continue supporting veterans and new activists with material advocating change in how Natural Health Products are regulated by Health Canada. It’s a long process, and those that understand, have the resolve to see it through. 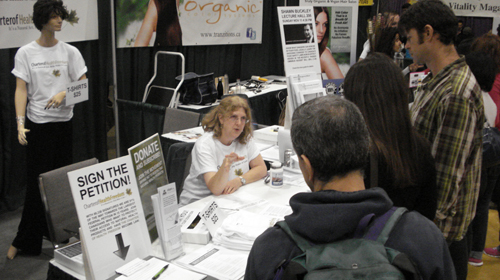 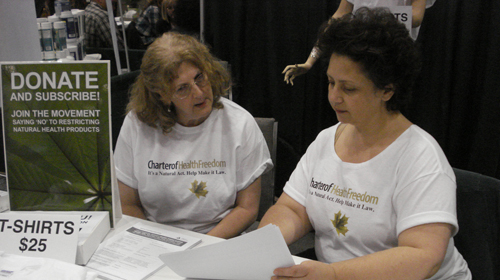 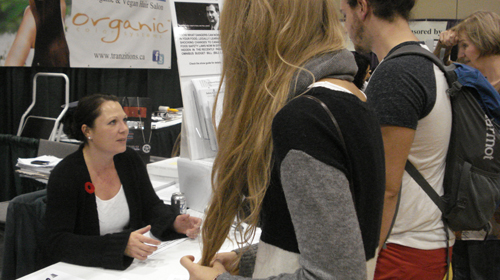 Angie Maganja and Liam Ross (not pictured) volunteered their time, once again, to assure the right information got out to the public. 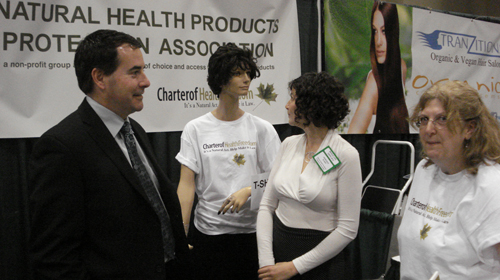 NHPPA’s T-Shirt model “Ginger” turned out to look a little too much like NHPPA’s legal research assistant, Geneviève Eliany. 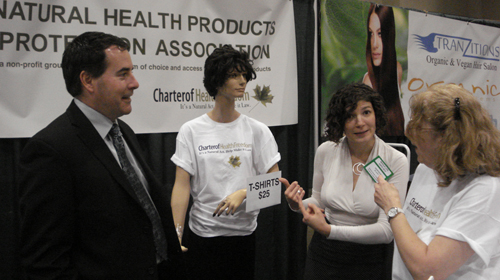 Perhaps next year “Ginger” will not be required if Geneviève is willing to stand very still for a few days. 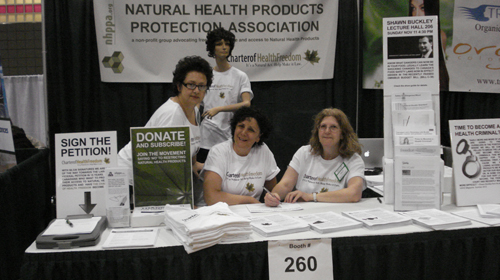 Lily Lanczi (centre) made herself available to help visitors understand NHPPA’s initiatives with an emphasis on the Charter of Health Freedom.

Thank you, everyone. Our regular donations coupled with the financial support ask we sent out last month, made it possible for us to attend the show. Special thanks to each of our returning and new NHPPA volunteers who took time out of their weekend to support the team and the movement. To all of the Whole Life Expo visitors, both public and industry, a sincere thank you. We exist to support your fight for your own health freedom those of your fellow Canadians. What you do, makes all the difference. 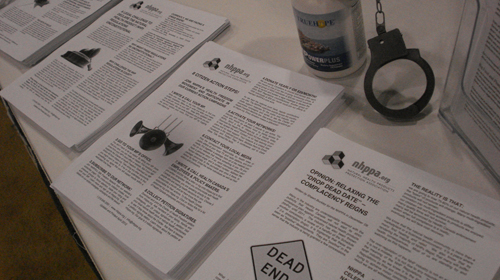 The NHPPA essential activist package material was updated and readied for distribution. 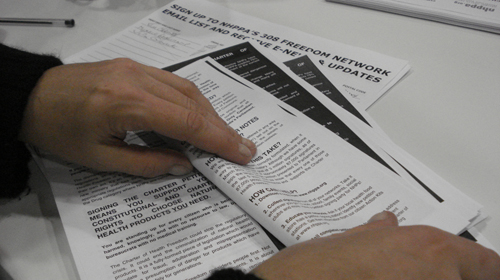 A constant preparation of our most popular handouts was needed to keep up with the demand. 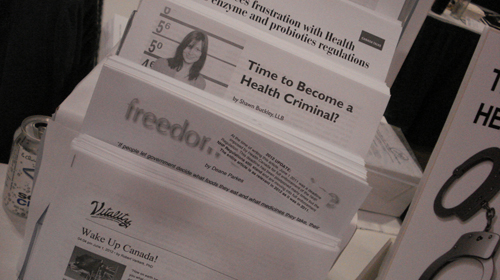 Shawn’s latest article at the time, Time to Become a Health Criminal, was in good company with Robert Verkerk’s Wake Up Canada! and Deane Parkes’ Freedom of Choice, a flawless commentary on the absurdity of the NHP Regulations that remains true even after almost two years from first it’s printing in April 2011.

Four years have passed since the Charter of Health Freedom petition was launched. The momentum behind the petition to support this proposed law waxes and wanes with the commencement of new campaigns and introductions to new communities. Many Whole Life Expo visitors have signed the petition previously and purposely do not sign again so as to preserve the integrity of the document when presented in the House of Commons. We received nearly 300 signatures from new activists which means that there are 300 more citizens who have been seeded with the knowledge to take action. 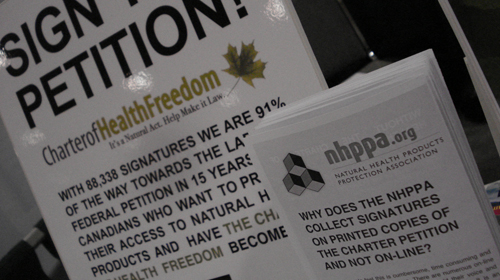 Print vs On-Line handouts spell out exactly why the NHPPA will not begin an on-line petition. 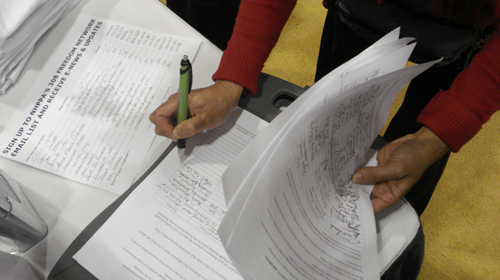 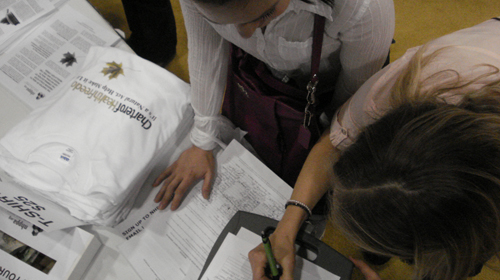 The total number of signatures after the Whole Life Expo put us at 88,786! At 90,000 we’ll have Canada’s 2nd largest federal petition in the last 15 years. 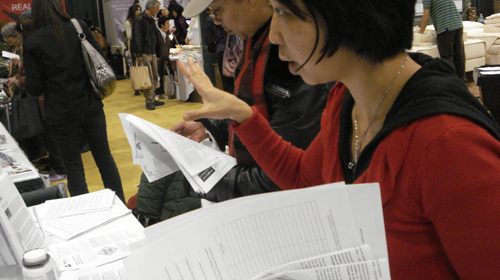 Many professional practitioners and concerned citizens took The Charter of Health Freedom petition station essentials to set up at their clinic or office.

THE OMNIBUS OR OMINOUS? LECTURE

Working to have the public accept the challenges it has to meet to have a voice in our collective freedom to choose, the NHPPA found a platform for Shawn to deliver a message about the politics of natural health products and parliamentary process gone wrong, through the changes to our food safety laws contained in the omnibus budget bill (Bill C-38). 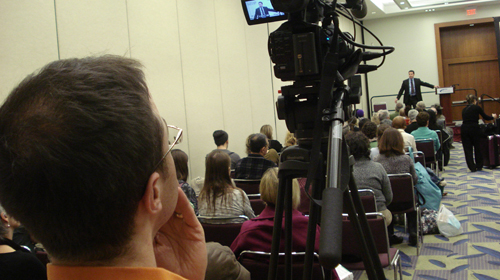 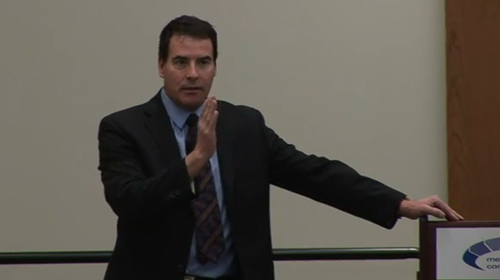 Shawn is determined to have citizens understand the importance of the role they play in the democratic process. 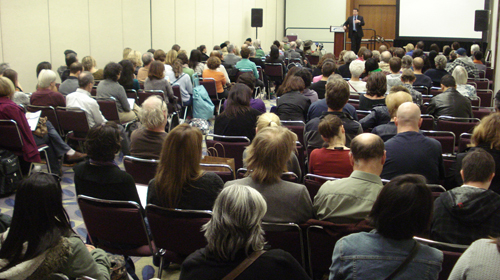 Shawn tells a capacity crowd that even MPs who voted for the Bill are more than likely not aware of all of the changes. 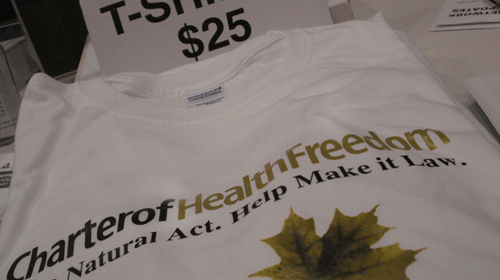 Charter of Health Freedom T-Shirts are a great way to bring attention to both the problem and the solution. 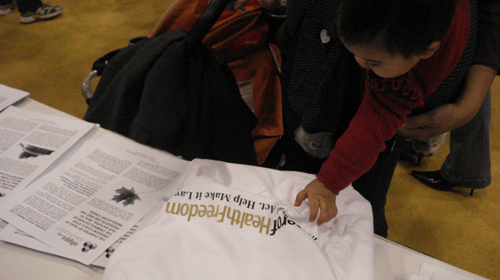 The NHPPA still had prototypes left over from the April 2012 printing. While we were not able to secure the funding to produce properly silk-screened T-Shirts, we are almost sold out of our first test run! They were professionally produced with durable heat transfer technology. We have about 5 left! They are all large and can be ordered by emailing info@nhppa.org with the quantity you’d like. Each T-Shirt is $25 plus shipping and handling charges.

SHAWN TAKES HIS LECTURE TO THE INSTITUTE OF HOLISTIC NUTRITION

The NHPPA’s contributors afforded Shawn the ability to lecture to holistic nutrition students at The Institute of Holistic Nutrition (IHN). This Guest Speaking session was recorded on November 12, the day after the Whole Life Expo lecture, and distributed to 1500 graduates from the program worldwide. Thank you to IHN for hosting us and those who donated to this year’s campaign to get us there. 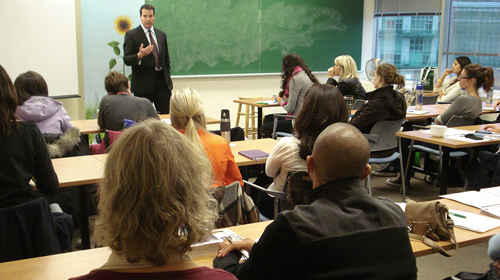 Instructors, graduating and current students take notes about how to protect themselves and their clients from the laws that effect their primary method of treatment: food. 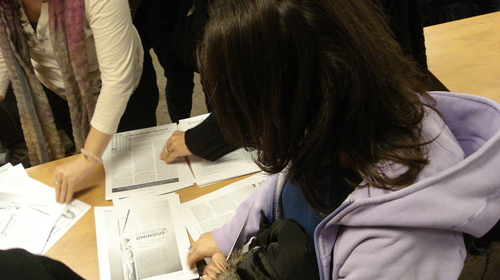