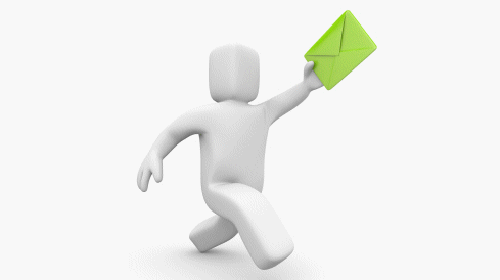 THE OFFICIAL FIGURES ARE IN

We have had to take some time and be careful to record each delivery of the Charter of Health Freedom package. The constituent’s first and last name, riding, MP and delivery date/time had to be confirmed. Thank you to every one of you who took the time to engage and let us know! It is because you were careful to send us proof of delivery that we have been able to keep accurate records.

In order for this campaign to maintain its integrity, we need each MP to be in possession of the information they require to put the next part of our campaign in context. This means that each MP needs to have received the Charter package. As a result, the NHPPA ensured the outstanding ridings not reached by our NHPPA subscribers, still received packages.

Our Charter to 308 MPs Riding Chart has all of the official and verified deliveries now listed.

As you know, we have been posting your photos and screenshots* of confirmation emails on Facebook. Many of you stepped up at the last minute to get your packages delivered before the deadline. This had us running out of time to make the image-grids that we were posting daily on Facebook. But you are not forgotten! We have recognized you as our five-minutes-to-midnight crew and created a page on our website especially for you!

*You’ll notice that we took time to blur your email addresses and remove your last names for confidentiality purposes. We know that many of you would have been alright with your name appearing full out, but we want assure you that we treat your information as confidential. This also sets up a consistent pattern for how we present names in the future.

You can also read some of the replies sent by MPs here.

Several of you went above and beyond the call of duty and sent packages to the local, surrounding ridings to help cover more MPs. The 89 packages that we have counted do not include the packages that several of you sent to bordering ridings. Those appear as green numbers in the Riding Chart! Thank you for going the extra mile to ensure that your opinion has been heard. (You’ll see how this has been very helpful a bit further down in the email).

Your own home riding is the one we have recorded your delivery in. It’s where your vote has power. This campaign has allowed us to analyze the figures and see which ridings are in need of more support. This doesn’t mean we didn’t notice your extra effort!

What have we learned?

As a result of your efforts to limber up your freedom fighting citizen muscle, we now have a useful snapshot of existing “active” NHPPA activists across the country. We can see which ridings and provinces are ready for immediate action and where we have areas that need a little help, encouragement and support before the next part of this campaign series launches.

It is important to know that we DO have individuals who receive our emails in every province.

There are various reasons why people may not have been able to send out the packages and that’s OK. In the future, we ask you to be the “someone that does something about it”. NHPPA’s work is an abstract idea that can only be brought to life and made real through citizen engagement. We depend on you. When we run a campaign with a deadline it means that we have a next step in mind that will roll out shortly afterwards.

We have 2256 “likes” on our Facebook page and over 1500 email contacts in our database. This tells us people are interested in our work but not yet actively engaged. It will take effort, apart from what you can do on a computer. We understand everyone is busy and that there are many worthy causes out there. But if you believe in our position, your personal, individual effort is going to help us, help you, make the change you want to see.

We are in the process of drawing the winner from each province that took part in the campaign. We will try to do that this week, but it may be as late as next week before we can get to it. Please watch for the results announced on Facebook. If you see your name, stand by for an email from us asking which of our 3 new NHPPA T-shirts you’d like. We’ll need your size preference and a mailing address. And as a bonus, you’ll also get a signed copy of the Charter of Health Freedom from Shawn Buckley along with his personal message of gratitude!

Our attempts to get everything translated into French were not possible. Although we were able to supply the Charter of Health Freedom (thanks to a generous supporter a number of years ago) and the campaign cover letter in French. We know that the supporting materials were in English. We realized when we saw no ridings in Quebec taking part that we may need to support you better. While a French translation will not be possible with most of our print material, we have had our translator offer a brilliant idea, that might just work within our budget. She has offered to maintain an NHPPA French Facebook page!

We are in the midst of discussing how this might work and how much she would be willing to translate for us. We want to respect the language and will develop a way to create this channel to NHPPA’s work. Those in Quebec who are subscribed to our NHPPA E-Blasts have virtually every riding covered. Our goal is to have the posts and links you see on the English NHPPA Facebook page have a dedicated French stream, so that you can fully share in the movement.

In order for this campaign to maintain its integrity, and have MPs in possession of the information they need to put the next part of our campaign in context, we need each one to have the Charter package. NHPPA will be delaying the next step in this campaign to deliver the Charter packages to the 238 ridings where no packages were sent. This will take our part-timers and volunteers a little bit of time, so if you have been meaning to send a package and haven’t got round to it yet, do! If you missed the deadline or if you’ve sent one but have not yet let us know, please take part and tell us the minute you’ve sent something out.

If you take a look at the Charter to 308 MPs riding Chart and see a riding near you that has had no deliveries, it would be helpful if you could send something off. Your doubling-up support will really help us with the momentum we need to build and maintain. If you cannot find the time to do this, we are on it but there are many of you and only a few of us. Every one of you who participates saves us some time and brings the next stage of action forward, faster.

Thank you for dusting off your freedom fighting cape. We have not been able to run action campaigns since the time of the Federal election in 2011. Even a small-ask campaign like this one takes quite a bit of time to manage, on both your part and ours! We are ramping up, with this “warm-up” action, to see who is out there to pull off the work we all need and want done. So, don’t put the cape away, you’ll be needing it again soon.

The Charter of Health Freedom and its petition are a very important element in our work. We will be asking you to do a short and intense collection of petition signatures but for a very specific group of stakeholders in each riding. We will launch this part of the campaign series out near the end of the month. First we have to print, package, sign and address all of the Charter packages to the remaining MPs.

Thank you for validating our work by the show of community effort you produced during this campaign.