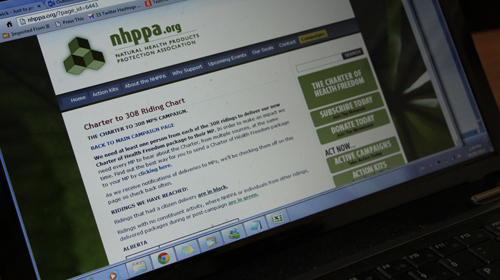 HOW WE CHOSE THE WINNERS!

Every photograph or email we received confirming delivery of the packages from our Charter to 308 Campaign was entered to win one of our new T-shirts.

We decided on a draw rather than any one MP getting the most number of packages since metropolitan regions of Canada would have instantly had the advantage. We wanted to honour the effort of each and every delivery and decided on a traditional draw. Everyone who sent their Charter packages to their MP by the May 31st deadline were counted in the draw. Those who sent their packages afterwards, not to worry, while you may not have been in the draw, you were counted as delivered! See the Charter to 308 Riding Chart. 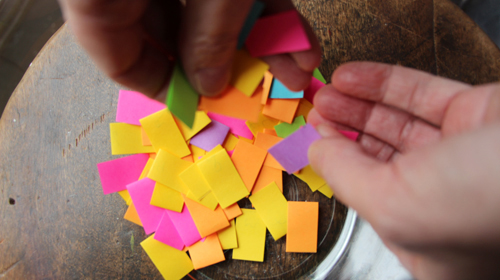 Out of our 10 provinces and 3 territories, 7 provinces actively participated in the Charter to 308 MPs Campaign. For the purposes of the draw, we gave each province it’s own colour. Alberta had 15 active ridings, so we numbered 15 pieces of the same coloured paper from 1-15. 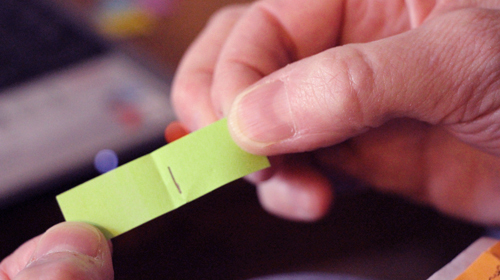 When a number was selected, we found that province in the Riding Chart. We then counted down it’s list of ridings to correspond with the number on the piece of paper. 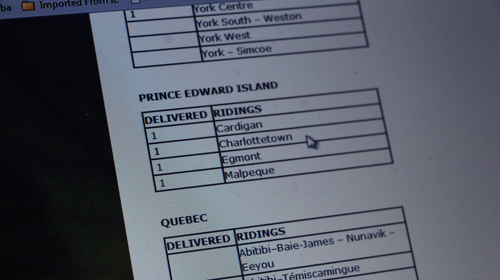 In this picture, Prince Edward Island’s Charlottetown was drawn. 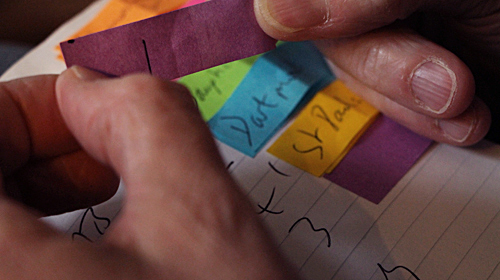 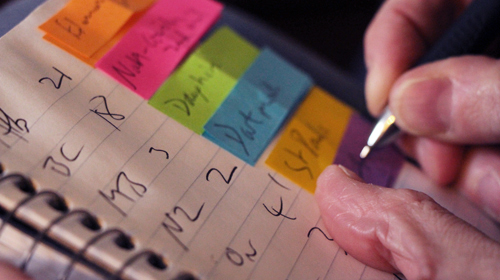 All the numbers and colours were carefully plotted and photographed for this page. 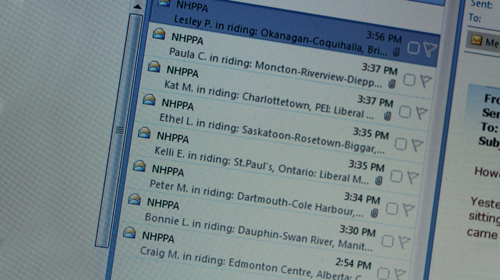 Here are all of our winners! They were all notified by email on Monday July 8th 2013.